Louise and The Feathers is a creation after years of writing, jamming and finally wanting to share my folk, indie, rock vibes with influences from Florence and The Machine, Paolo Nutini, Alison Moyet, Tina Turner, Hazel O’Connor, Kate Bush and Fleetwood Mac and The Pierces to name a few.

From Birmingham originally, we moved to Mid Wales when I was 9 and have been writing ever since, playing in a variety of bands and at numerous open mic nights. Then revisiting early written originals (in 2017), I decided to start a fresh using my middle name “Louise” representing the roots of my music passion, alongside “and the feathers” linking to spiritual perspectives, a love of nature and the hope to fly sharing feathers of inspiration and form a band.

To test the water I initially shared a Demo EP recorded at home, alongside going to numerous more open mic nights, recieving great comments. Since which, went to Aberystwyth Music Studio where recorded the 5 songs with Ivan Anchant and Andy Lloyd Williams on bass, incorporating a folk, indie and a slight rap tap vibe.

The first single ‘Mistress’ uploaded in 2018, is a story of a twisted mystery revealed with concequences and has a future sequel shall share one day. Aha. 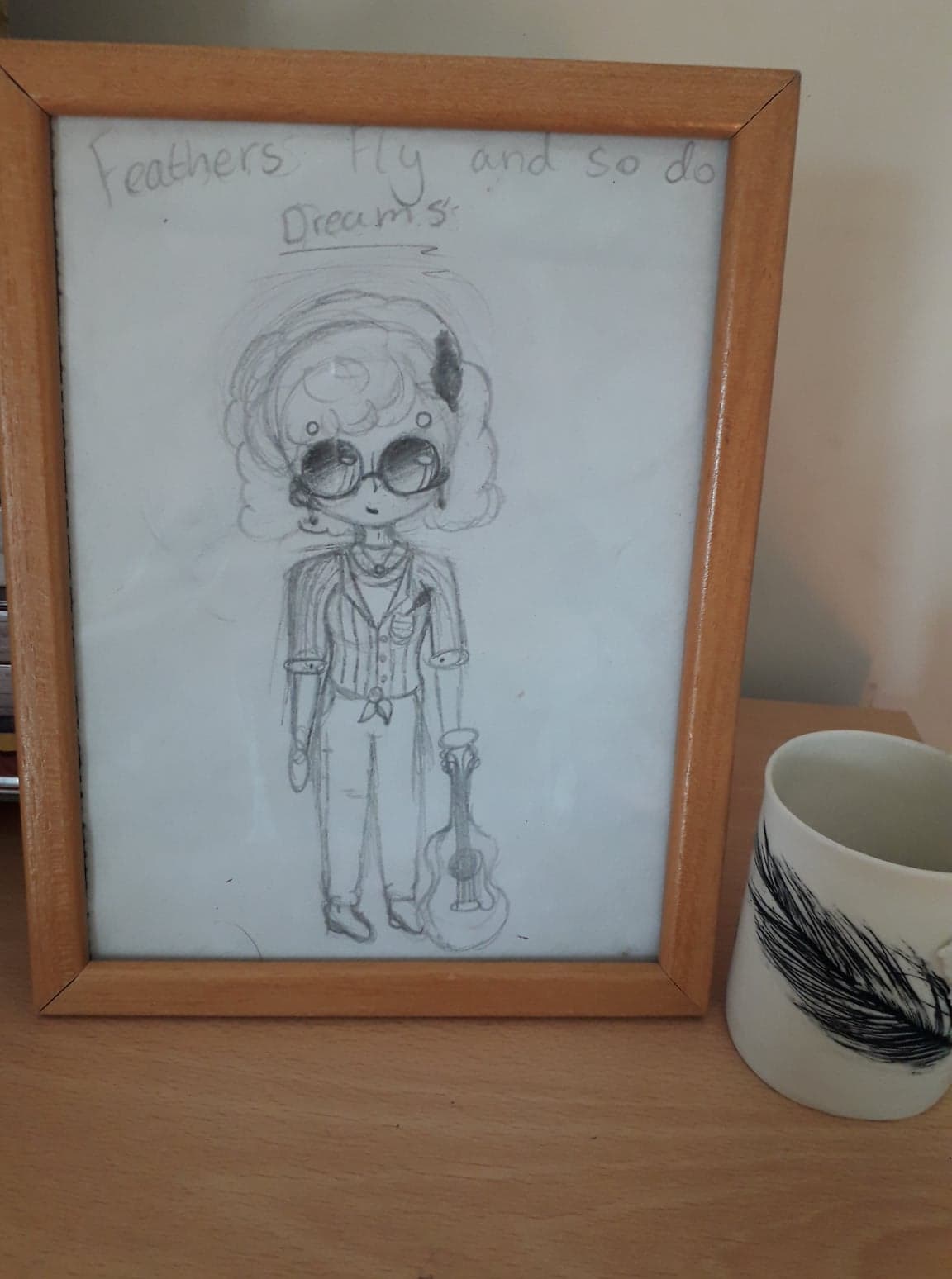 Since this I have managed to do even more open mic nights and various gigs including Pembs Fest, Cardigan River and Food Festival and Aberystwyth Sea2Shore Festival, Cwmaman Fest and have got 4 more tracks recorded including ‘Can’t Stop Thinking About’ and ‘Come Back’, ‘Faded Away’ and ‘Rich Tea Biscuit’ all on Window View EP!

Since we have been able to get out and about again I have been working on new EP Reflection with songs Darkness, Fight It, Mill Pond and Super Woman! Have layed down the drums and guitar myself. Now awaiting on the bass, saxaphone and guitar solos before add some vocals. Shall hopefully be out in 2023! Watch out.
Spotify . Facebook . Instagram . Youtube Twitter . Soundcloud . Bandcamp

THANKS MUCHLY for being a feathery fan! Hope to see ya soon. Louise.
#LaTF